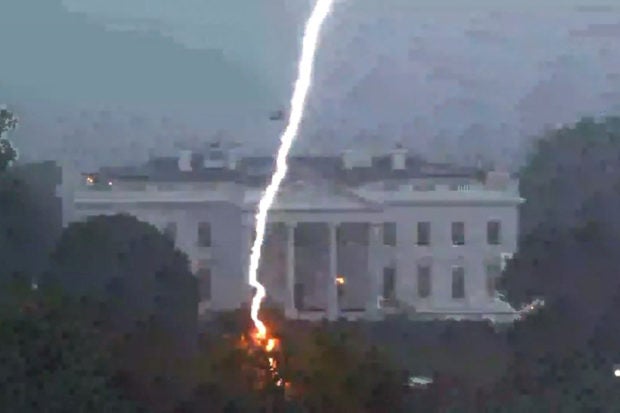 Scientists say that climate change is increasing the likelihood of lightning strikes across the United States, after lightning struck at a square near the White House, leaving two people dead and two others in critical condition.

The hot, humid conditions in Washington, D.C., on Thursday were primed for electricity. Air temperatures topped out at 94 degrees Fahrenheit (34 degrees Celsius) — or 5F (3C) higher than the 30-year normal maximum temperature for August 4, according to the National Weather Service.

More heat can draw more moisture into the atmosphere, while also encouraging rapid updraft — two key factors for charged particles, which lead to lightning. A key study re…